SKODA AUTO a.s. is the largest car manufacturer in the Czech Republic and one of the oldest car manufacturers in the world. It has been writing its history since 1895. The company has been part of the VOLKSWAGEN group since 1991. It has long been one of the stable pillars of the Czech economy, currently employing more than 33,600 people in the Czech Republic. The company is based in Mlada Boleslav, where one of its production plants is located, the other two are in Kvasiny and Vrchlabi. In 2019, more than 1.24 million SKODA vehicles were delivered to customers.

SKODA AUTO is a leader in introducing Industry 4.0 innovations on the Czech market where it sets trends in automation and improvement of production and logistics processes. The company therefore wanted to innovate internal logistics processes in its industrial halls by deploying modern unattended automatic robotic systems, which would be characterized by reliability, fl exibility, safety, the highest level of control and connection to production processes.

The system was supposed to meet the following requirements 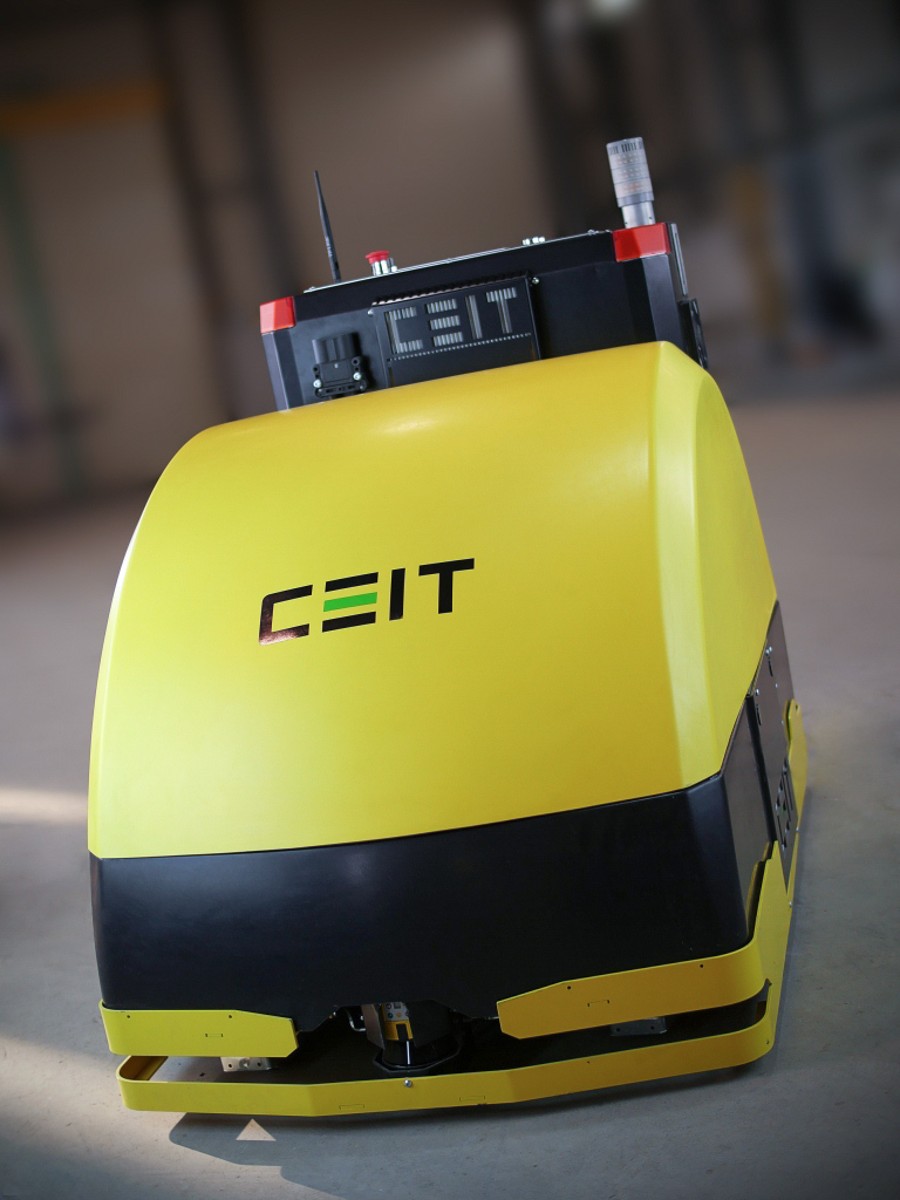 The company has implemented more than 130 modern robots from the CEIT portfolio in its plants in logistics processes, in both traction and underrun versions. They are characterized by smart control, connection directly to production, and advanced orientation thanks to the synchronization of the real and virtual world. Automated guided vehicles no longer need magnetic tape on the floor of an industrial hall. They scan the environment and static objects in the hall, with the paths represented in the software environment. The system imports the floor plan of the deployment site and synchronizes the real and virtual worlds. Navigation and control have thus moved even more to the virtual world and represent another important step in the internal logistics innovations of the largest Czech carmaker. The transition to a new type of navigation no longer requires interventions in the floor and also significantly increases the flexibility in modifying the paths.

The AGVs are directly connected to the individual workplaces in the hall and immediately adapt to the current situation, thus increasing productivity. The material is brought to the assembly line exactly at the time when its needed. The system evaluates traffic conditions and transmits information important for decision-making and management of individual parts of the logistics process and logistics means. At the same time, it collects information for later analysis and optimization of logistics. Monitoring enables a clear display of the status and position of individual logistics resources. In addition, logistics process managers can influence individual elements in real time. The current fleet also includes a new type of AGVs with a load capacity of up to six tons. The logistics system is complemented by automatic peripherals, which are used for transport and transhipment of the load. In addition, they can affect individual elements in real time.

CEIT and SKODA AUTO have been cooperating since 2011. The latest project confirmed the continuation of cooperation in the automation of internal logistics for the future. In the implementation of its technical innovations, CEIT also relies on close proximity, as the company has its branch directly in the Czech Republic.

We are an innovative technology company with its own research and development center, bringing complex industrial solutions to the market.

Stay with us in the world of innovation.